We were out early packing up and got chatting with the couple camped next to us. As it turned out they were from the same area where Kay and Bruce had their cane farm and they knew them well. Once again proving it is a small world.

On our way in to Derby we had bypassed the Boab Prison Tree and wanted to make a stop there before setting off on the Gibb River Road. There are a number of these boabs that were used as lockups in early settlement days in various remote areas of northern Australia.

Near the boab tree was Myalls Bore, reputed to be the longest trough in the Southern Hemisphere, allowing 500 bullocks to drink at the same time. The stock was driven overland to be loaded at Derby for live export mainly to Singapore. Live export ceased in the latter part of the 20th century and now the Derby wharf loads mineral ores for export. 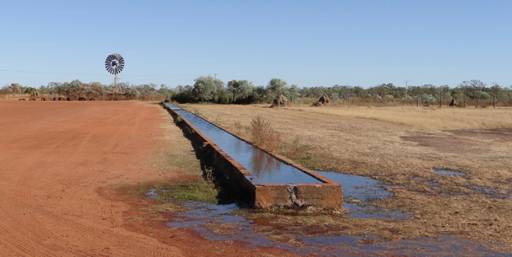 This Masked Lapwing was taking advantage of the plentiful supply of water. 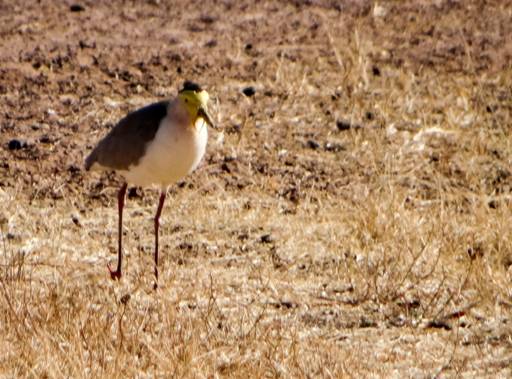 This first part of the Gibb River Road (GRR) was sealed for most of the first 100kms with a gravel stretch of about 10kms about two thirds of the way along. Twenty-four kilometres before the turn to Windjana Gorge, the bitumen finishes and its gravel ahead for over 500kms to the end of the GRR. But first we take a detour south for 21kms to Windjana Gorge, a must see for anyone doing the GRR. It is stunning scenery along the waterway with lots of birdlife, freshwater crocodiles, the first we have seen in the wild, and lovely flora.

By the time we got into the gorge the light had begun to fade somewhat. It looked beautiful but was difficult to photograph. I took a couple of panoramas but was too close to the cliffs to get it all in one shot so the tops were cut off. The following are the best of what we could do at the time. 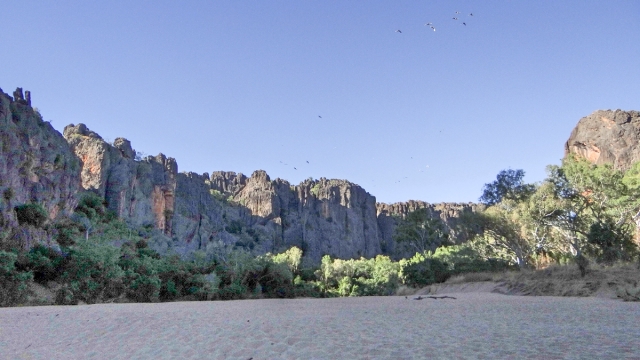 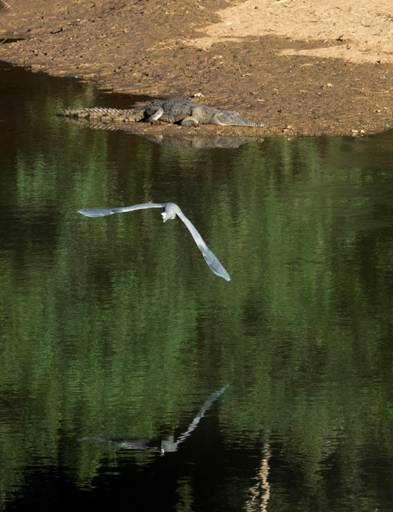 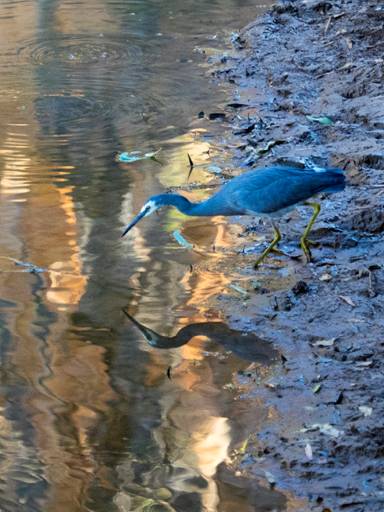 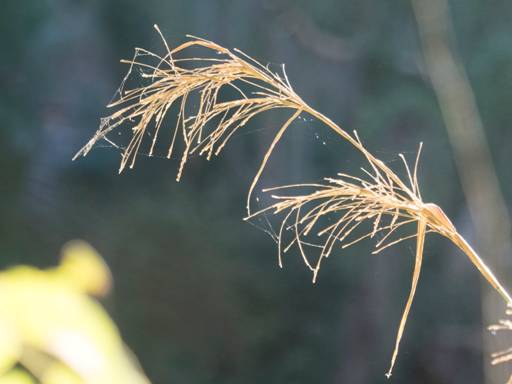 Great Bowerbird Bower, built by the male and decorated with white objects (shells etc) to attract the female. 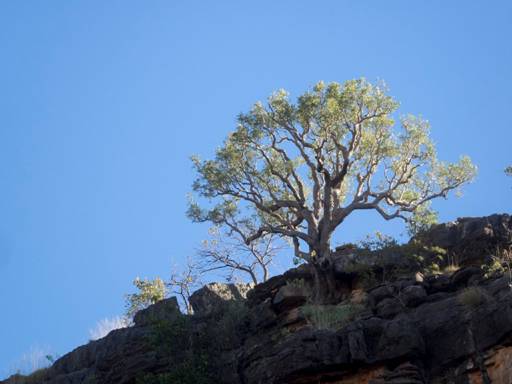 A few photos from Erich’s early morning walk before we left Windjana Gorge.

Click on the following link to watch a small video clip of this crocodile under water and surfacing. http://youtu.be/2YOaXQ3yzvQ