Posted on August 3, 2015 by Erich - nussbaumerweb.wordpress.com

22nd July 2015
From our campsite we could see the peaks of the Hidden Valley National Park. They seemed so close, I thought there must be a way to get to them from where we were staying. On two morning walks I tried to get through, but everywhere I went, private properties barred the way.

It turned out to be too far to walk and Mel, our host suggested we take a drive into the National Park late afternoon to see the park in the light of the setting sun. We parked near a picnic area and read the various plaques erected near the relevant trees. I should have taken photos of the trees as well, but forgot to do so. So here are some of the plaques, which I found quite interesting. 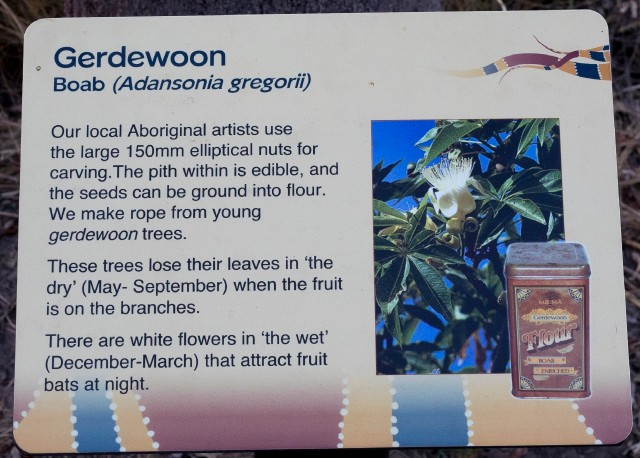 Mel certainly was right about the light being special at this time of the day – but the dark shadows and the brightly lit areas made it difficult to get a good shot. 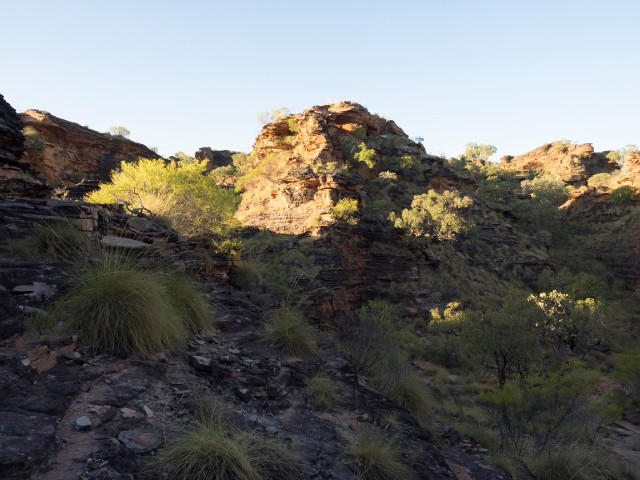 The park is relatively small, but the different rock formations in such a concentrated area make the experience very worthwhile.

There are a couple of different walking tracks, we took one that leads to the top of one of the peaks. The walking tracks are well prepared, concrete steps easing over the difficult sections and in one area metal steps bridge a steep area. So while quite steep in places, the walk was nowhere near as difficult as for example Manning Gorge. 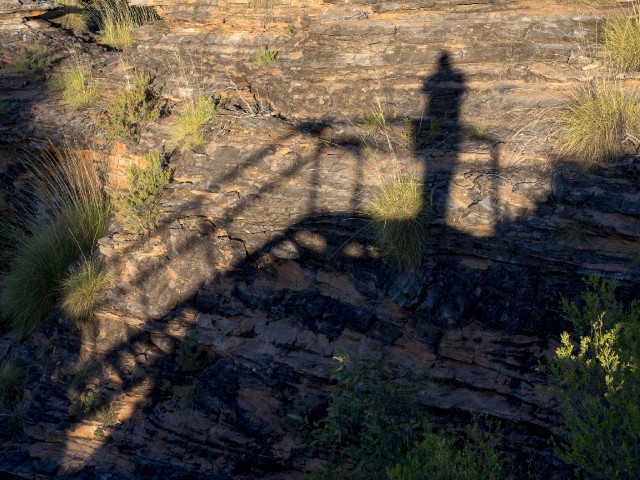 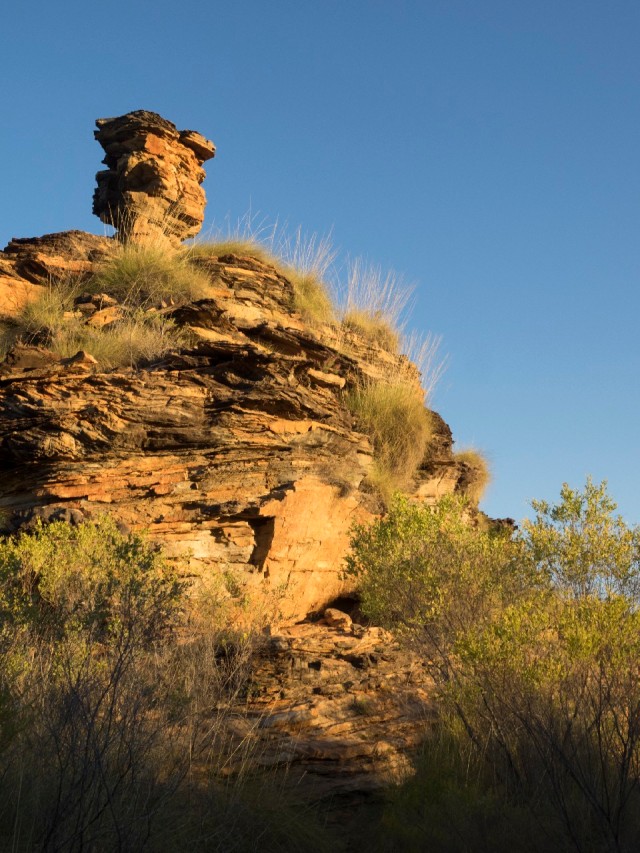 From the peak I spotted our caravan. 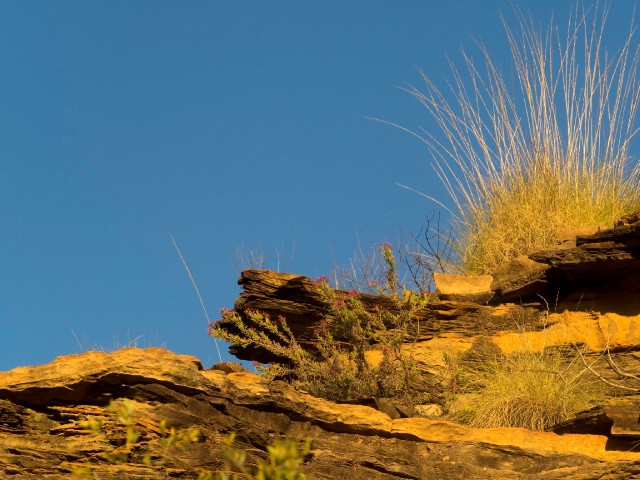 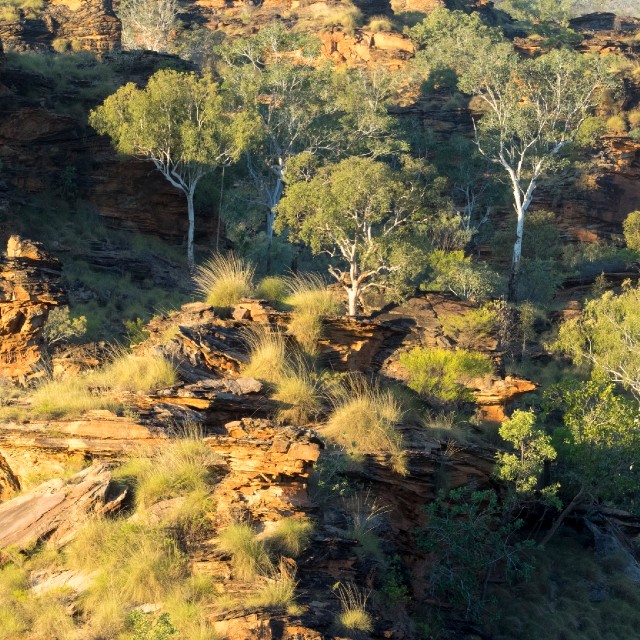