With a beautiful day in the offing, we decided to visit all the river gorges in the National Park, starting with those farthest away and work our way back towards town.

First was Hawks Head with an easy walk to the lookout. 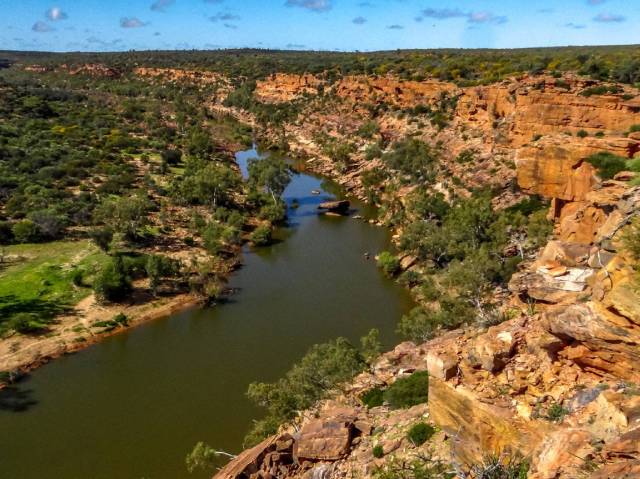 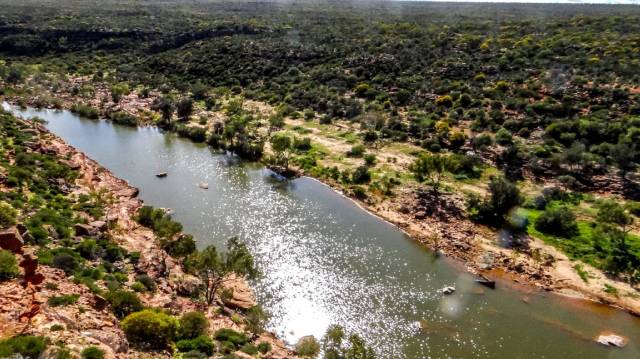 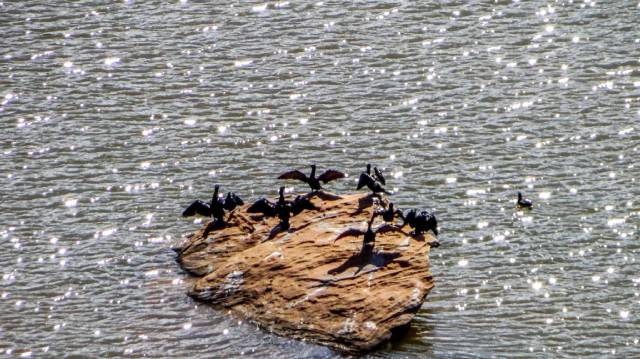 There was a Geocache there. 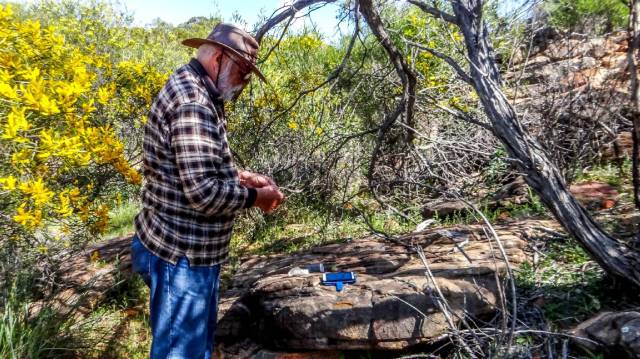 Ross Graham Lookout was our next stop. 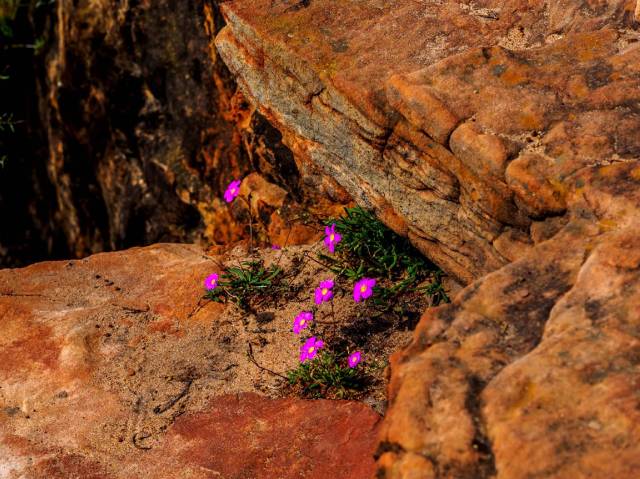 Driving to Ross Graham Lookout, I was fascinated by these bushes where the flowers seem to grow from the middle of the branches so we stopped on the way out to get some photos. 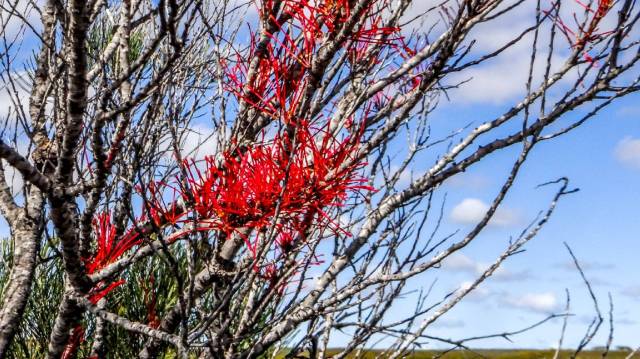 Once out of the car, we found lots of other wildflowers not visible during a quick drive past. 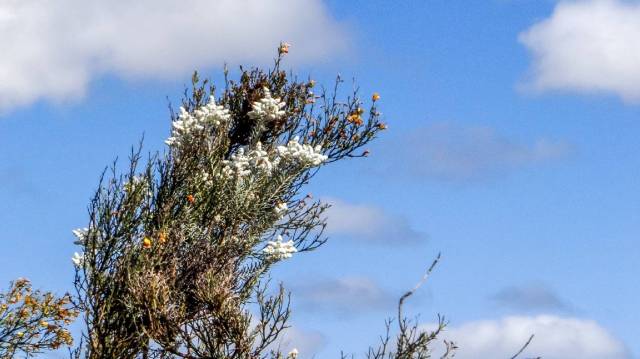 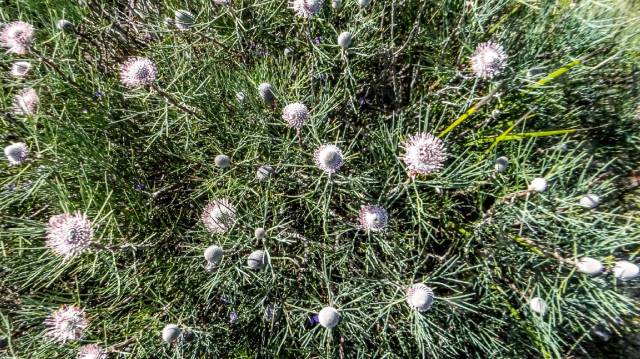 Heading back towards town to see the other gorges, we stopped for a closer look at these unusual coneflowers.

The West Loop Lookout was just a short walk from the car park through more lovely wildflowers. 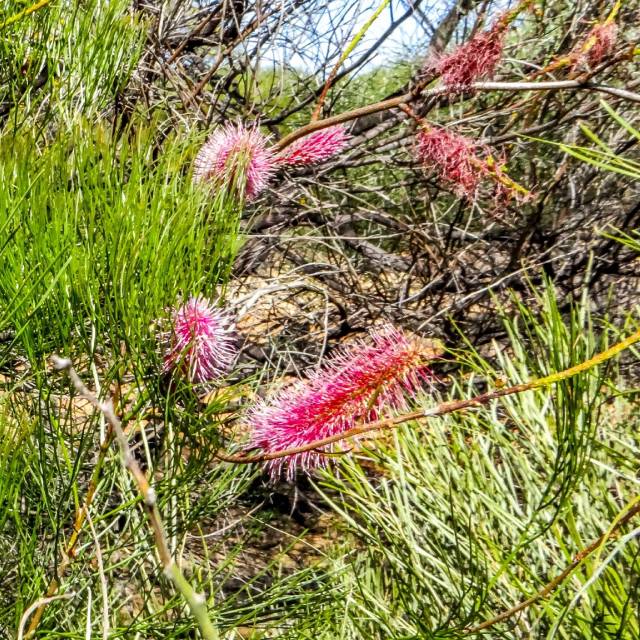 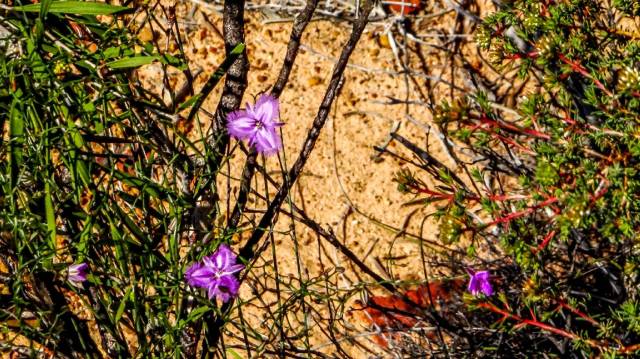 Nature’s Window was something I was really looking forward to seeing. The first part of the walk was straightforward and there was a cache to be found along the way. 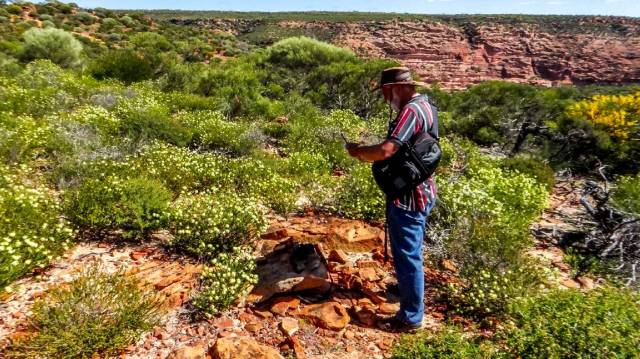 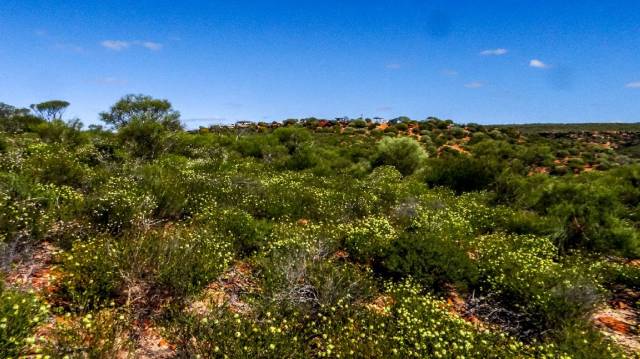 I was a bit nervous about the scramble required to reach Nature’s Window but having come this far, I was determined to make it all the way.

A close up of the Black Swans down in the river.

We both made it!

Z Bend Lookout was the last we had to visit but along the drive there we saw these unusual shrubs which I have since been able to identify as Woody Pear. 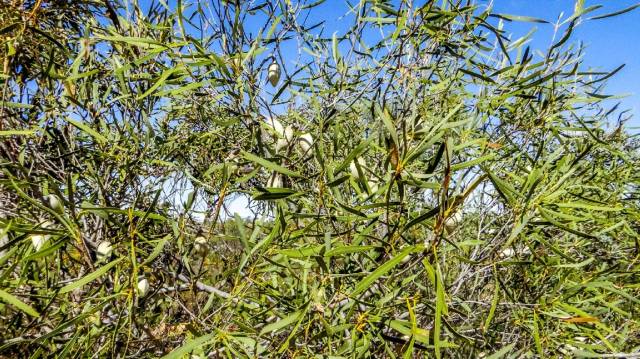 Z Bend was another spectacular gorge though it was difficult to photograph to its best advantage. 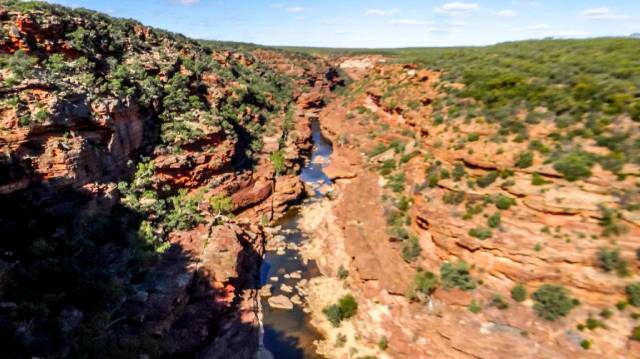 There were more lovely wildflowers along the walk.