Leaving Bridal Veil Falls, we decided to drive approximately 50kms north of Hope to have a look at the Hell’s Gate Airtram spanning the Fraser River. It was a pleasant drive with the river in view for most of the way.

Photo from the bridge crossing the highway to the upper terminal.

On arrival there was nothing to see without taking the gondola ride of around 200 metres across the river to the lower terminal. It really was quite spectacular gliding down over the waters gushing their way through the narrows.

Waiting for the gondola to dock at the upper terminal. 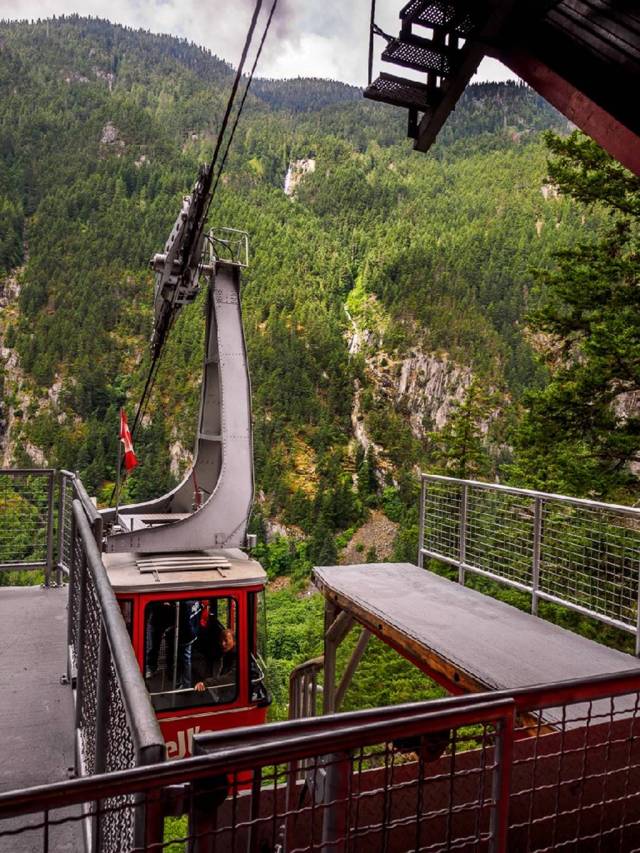 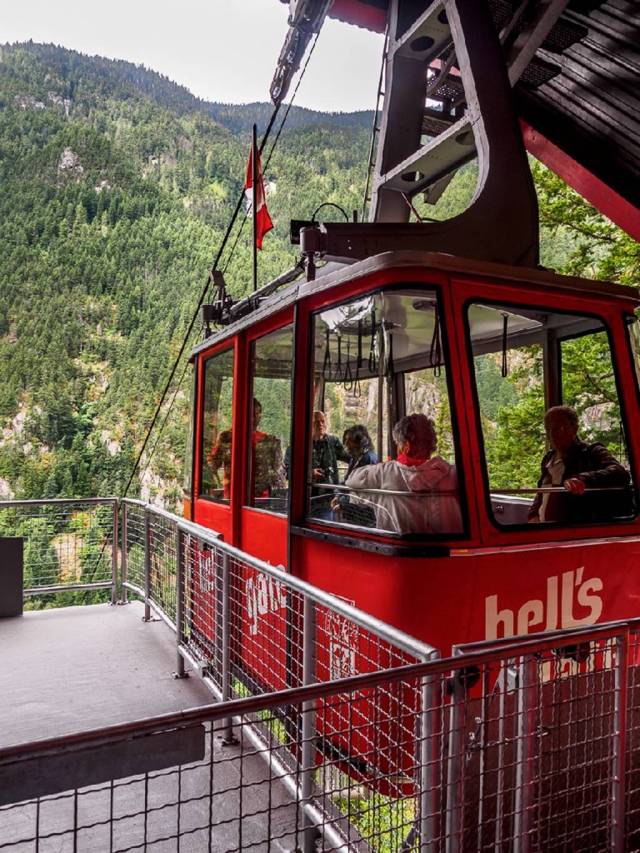 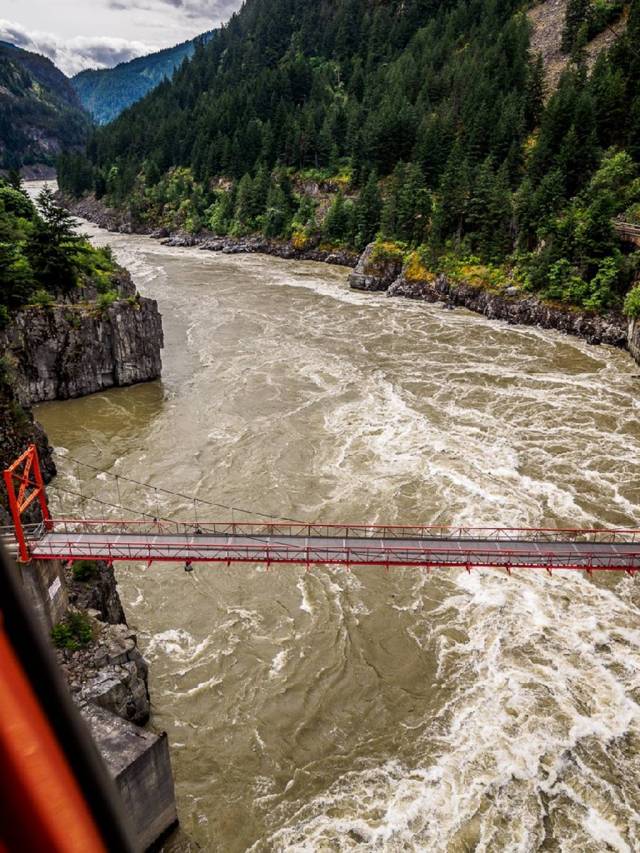 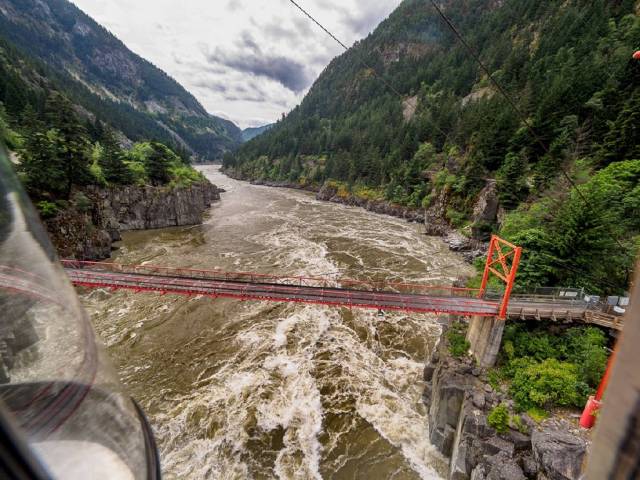 At the lower terminal.

Looking across to the lower terminal from the suspension bridge with the concrete fishways in the foreground. The fishways were built in the mid 1900s following rock slides in the early 1900s that prevented the salmon from venturing upstream to spawn. 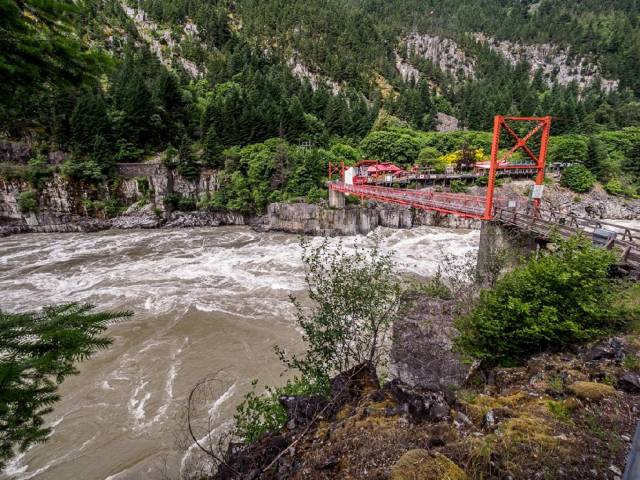 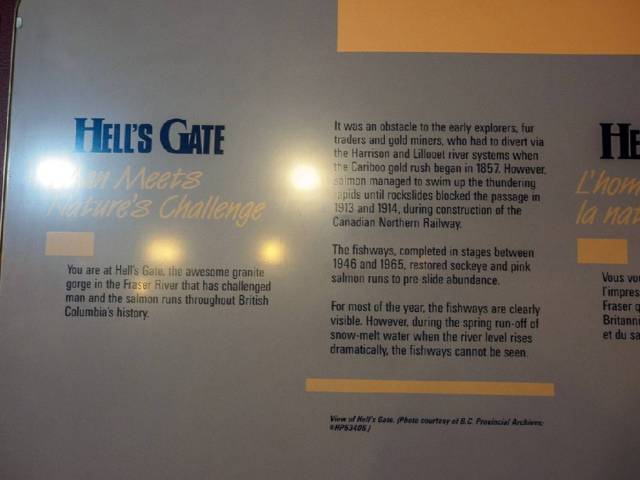 The first of many bowls of delicious seafood chowder that we enjoyed throughout Canada.

A closer look at the fishway on the eastern side of the river. Quite ingenious.

A partial view of the fishway on the western side of the Fraser River. 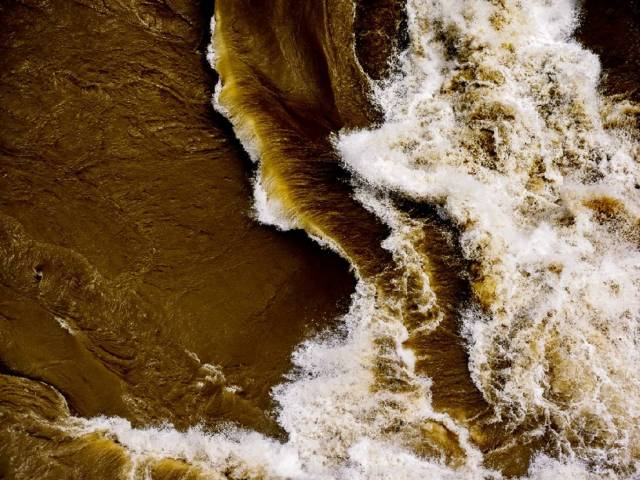 As we ascended to the upper terminal again, a freight train wound its way along the eastern bank. 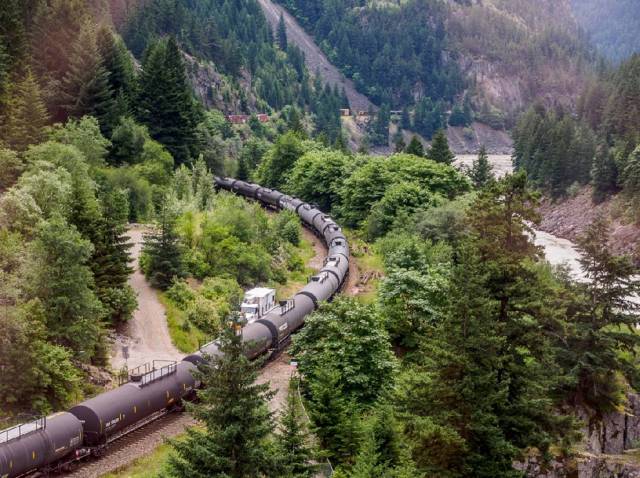 Most of the gondolas that we travelled on in Canada had a Swiss connection.

As we had no plans to head further north on this road, we retraced our route back to Hope and continued east while I studied our various apps and camping literature to find somewhere suitable to stay. We decided that Keremeos looked a good prospect distance wise and it had an RV park on the western side of town that had good reviews. What a great little find the Eagle RV Park turned out to be. Lovely green grass and drive through sites. The only drawback being that it was around 3kms to town if we wanted to have a look around. Rather than pack up the motorhome and drive in, we decided to walk along a disused railway track that had been turned into a cycle/walking track which would lead us right into town. It was obviously not that well used and certainly would have been a challenge for anyone on a bicycle but negotiating it on foot was not too bad. We passed between many of the fruit orchards for which this area is famous.

As we came into the populated area of town and cut across to the main road, this wood carving took our eye. 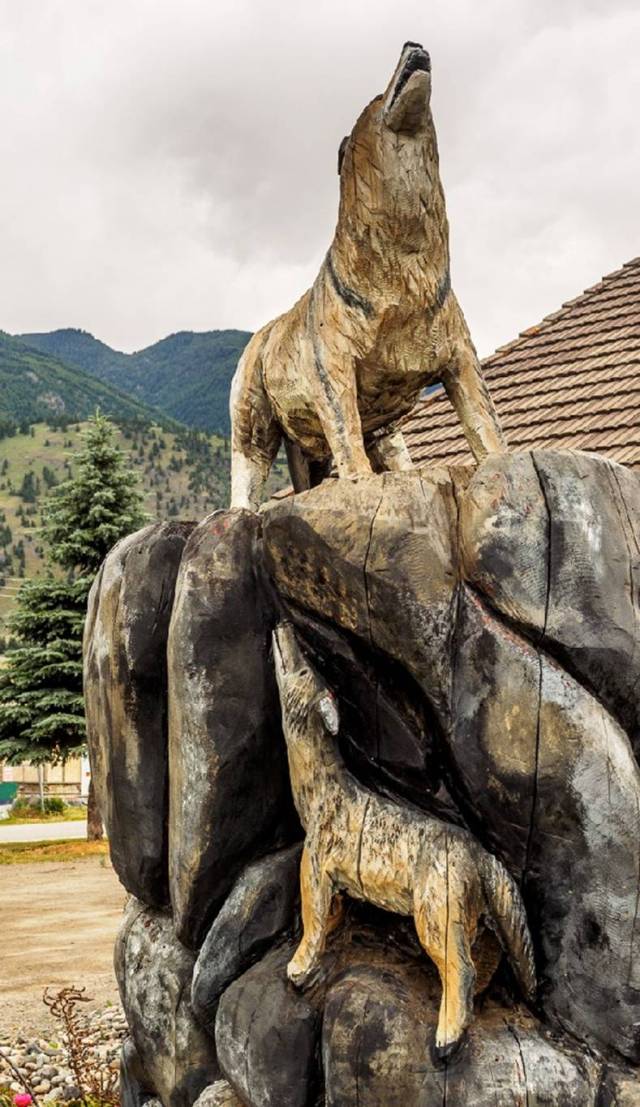 We took the advice of the RV Park manager and headed to the Branding Iron Restaurant for dinner where we had one of the better meals of the whole trip. Having seen that the walk back along the main road allowed us to stay away from the traffic, we decided it would be interesting to see all the fruit barns selling local produce along the way. Unfortunately no photos.