Another beautiful clear day and a few early morning photos before we packed up to move on. 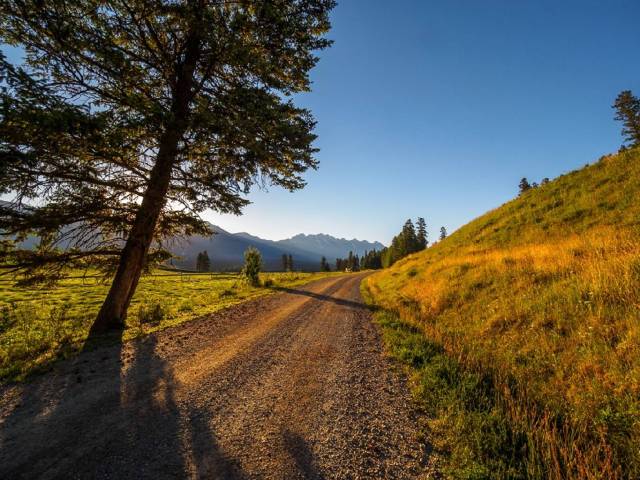 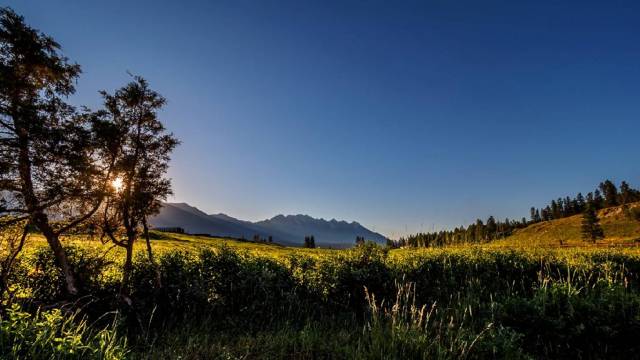 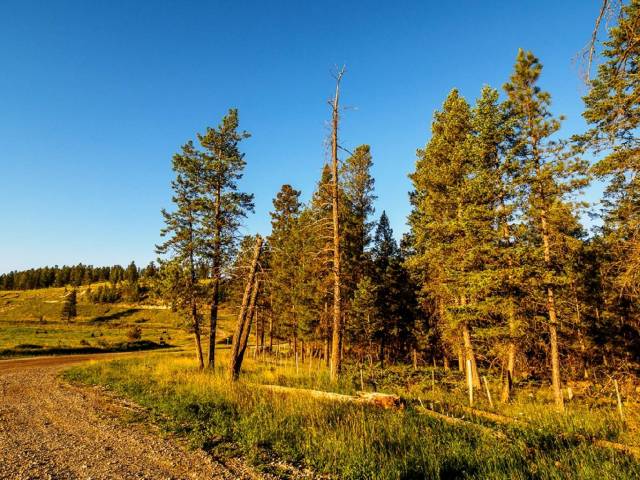 We were once again heading east and I was reading the tourism literature we had collected from a Visitor Centre looking for what might be interesting to see along the way. The town of Elkford at the end of the road north from Sparwood sounded like it might be worth a visit. The drive up there was quite pleasant but despite the literature making it sound interesting it was just a mining town without any features at all. So we retraced our route to Sparwood, another mining town, where we refuelled and decided to have lunch at a “Tim Horton’s” restaurant many of which we had already seen on our travels. It turned out to be just another fast food restaurant and not a particularly good one either.

We crossed the Crowsnest Pass into Alberta and headed to the town of Blairmore which was close to the highway junction with the Cowboy Trail which we planned to take north in the direction of Calgary before turning off onto the Kananaskis Trail, closed between December and June, which would take us through a couple of Provincial Parks before meeting up with the Trans Canada Highway between Calgary and Canmore.

The strangely named Lost Lemon RV Park was our choice for the night. The owners were a Swiss couple who had moved to Canada in 2003 to buy the park.

While I caught up with the washing, Erich was out and about with his camera getting some shots of the Rockies and the area around the Park. 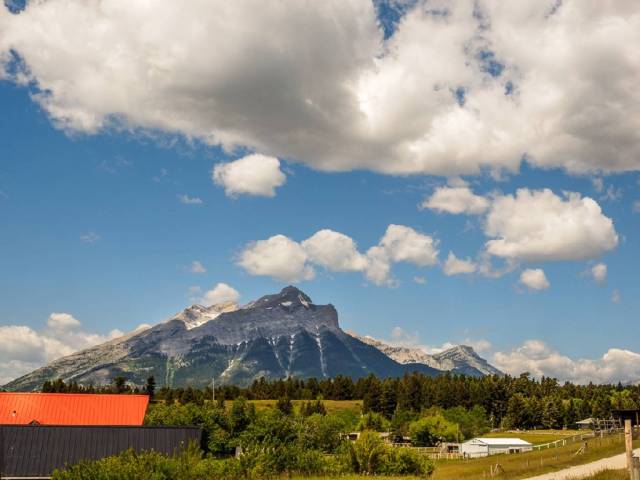 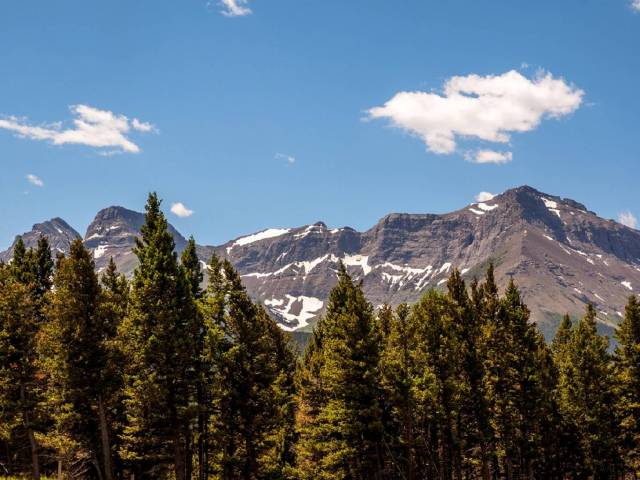 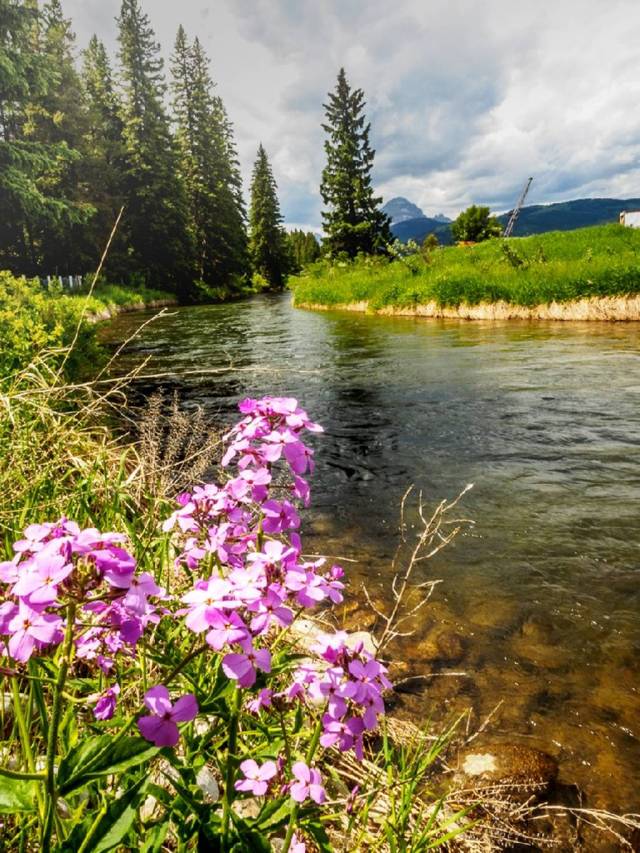 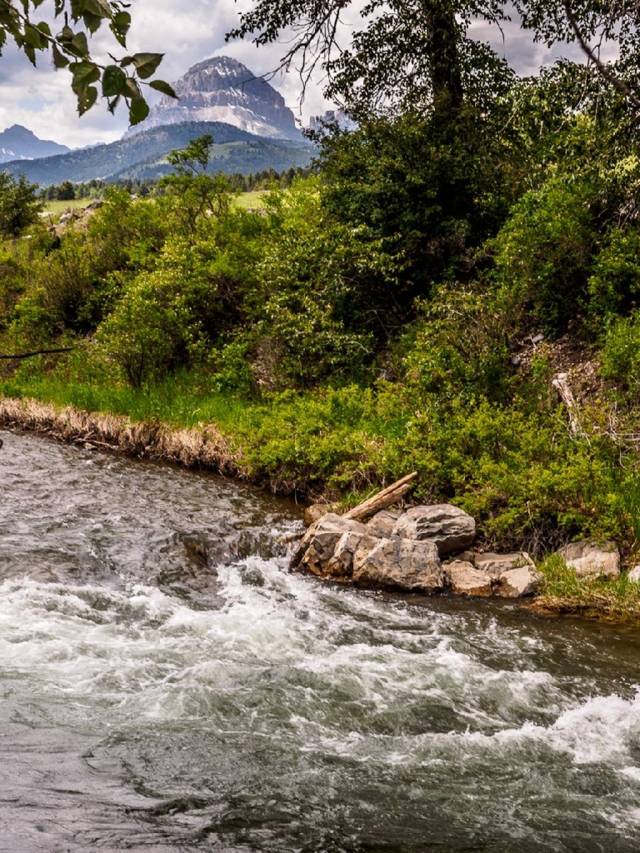 The stream running behind the park looked fairly benign but this plaque tells a different story. 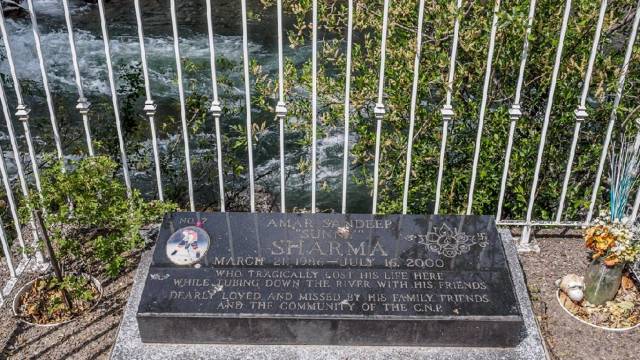 Almost everywhere we stayed during our trip had a railway line nearby and Blairmore was no exception. 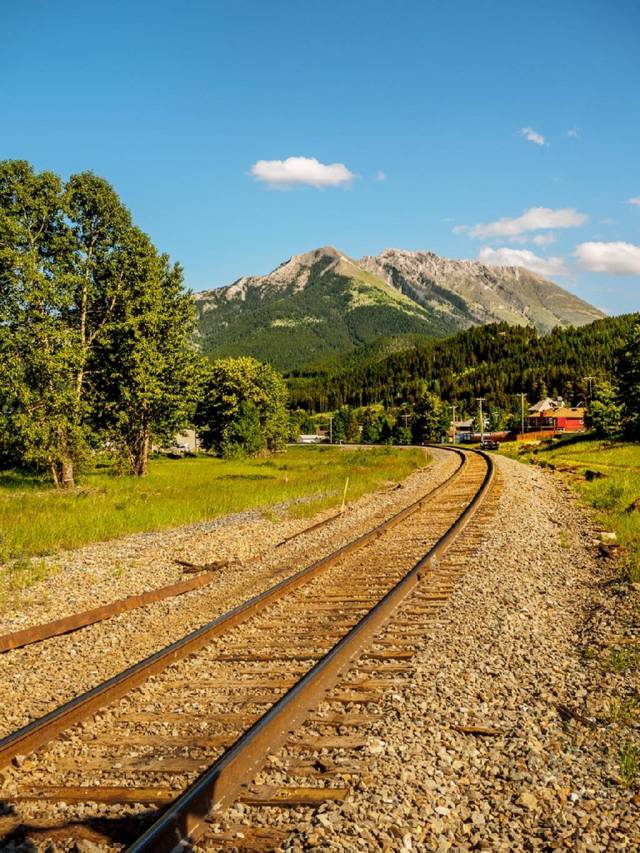