Having studied the map to find the best route north whilst avoiding Calgary, we decided to take the Kananaskis Trail, a road that is closed from 1st December until 14th June. We really had no idea what the road would be like but it turned out to be one of the highlights of the whole trip; a great road and fantastic scenery.

Our rented motorhome parked in a rest area along the trail in the Peter Lougheed Provincial Park. 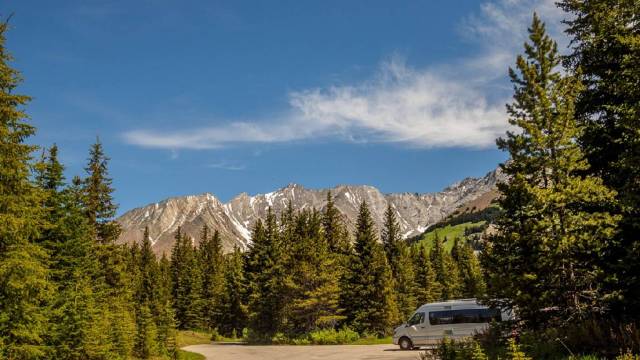 The view from another rest area. 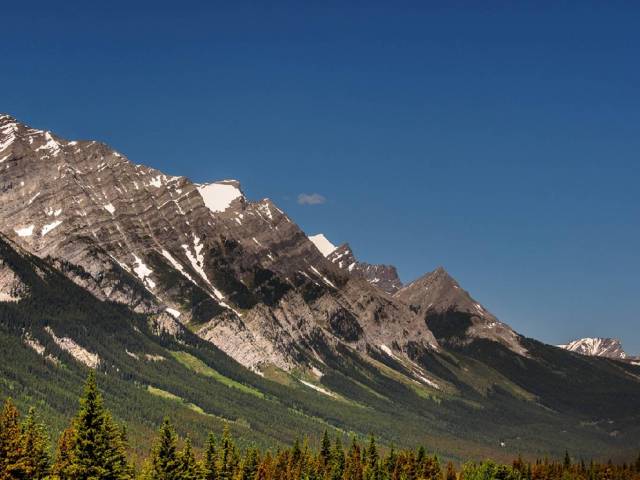 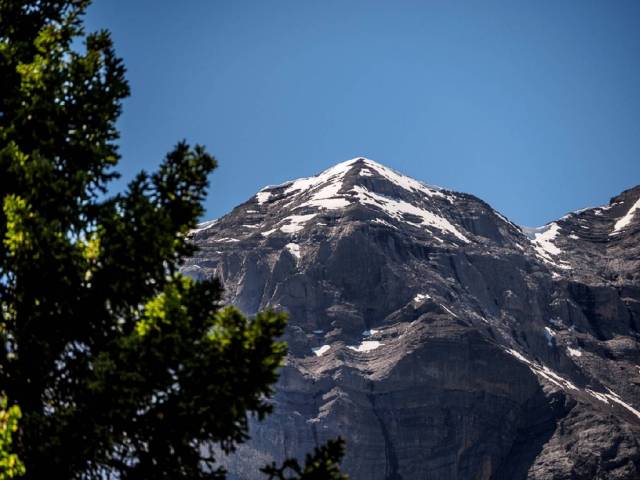 Our destination for the night was the Mount Kidd RV Park, located just outside the northern boundary of the Provincial Park. It was huge with hundreds of unpowered sites but even so we had a lovely quiet site where the squirrels kept us entertained. This fellow looks so surprised to see us!

This was the view from the RV Park the next morning. 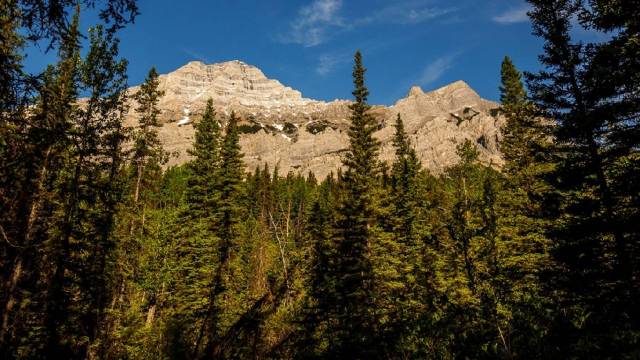 Leaving Mount Kidd, we made use of the 8 bay dump point, the biggest one we saw on the whole trip.

As mentioned in a previous post, we did not prebook any RV Parks on the whole trip which turned out to be a mixed blessing when we arrived in Canmore. Canada Day is 1st July and this year is the 150th anniversary of federation so we were coming up to a major holiday and long weekend. Every RV Park in Banff, Lake Louise and Jasper was booked out already so we decided to stay 2 nights at the RV Park next to the Canmore Visitor Centre so that we could explore Banff and Lake Louise from there. As it turned out this was a blessing in disguise for more of that in the next post.

The photo below is the calm after the storm. After parking in our spot we decided to deploy the electric awning for a little shade. However, 5 minutes later a mini-tornado swept through almost taking the awning with it. We had to stand in the doorway of the van hanging on to the awning to prevent it blowing back over the van roof. The little plastic clips that held the awning legs in place when the awning was closed were never to be seen again and we had to make temporary repairs so that we could get the awning closed again. The photo shows some of the debris blown down from the surrounding trees. The whole episode was over in about a minute and covered an area probably 10 metres wide with us right in the middle of it. 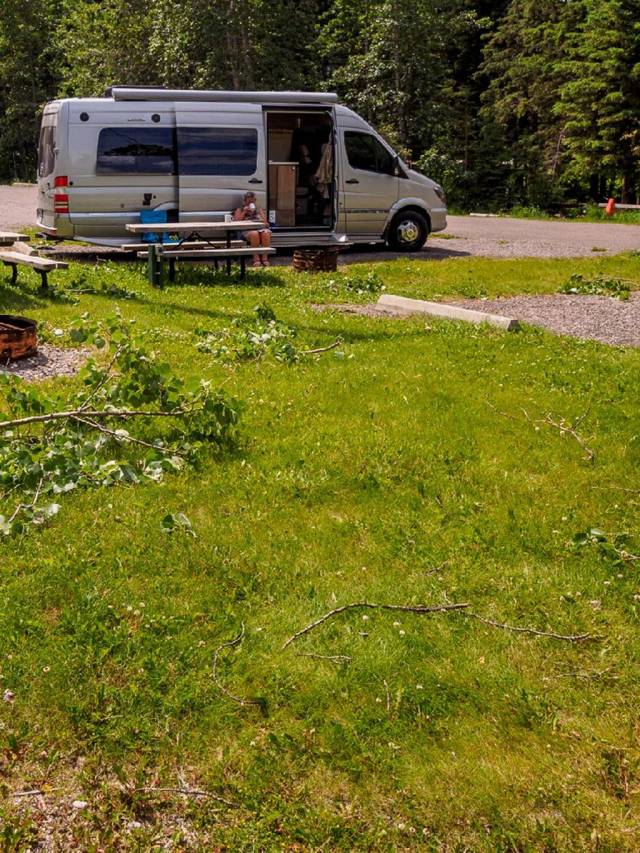 Looking across the Trans Canada Highway, Canmore from our campground.

This curious bird hopped around us for a while.

More photos taken from the campground.

A monochrome version of the photo above.